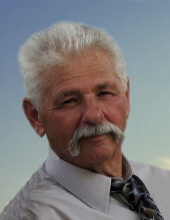 Adam Mueller, 73, of Greenville, NH, passed away suddenly on Thursday, May 5, 2022, in his home.
He was born on June 9, 1948, in Munich, Germany, the son of the late Peter and Katharina Mueller. Adam grew up in Pennsylvania and graduated from Souderton High School in 1966. Following his high school graduation, he served two years with the United States Army.
After honorably serving his country, Adam married Janice Paradis on August 28, 1971. Together they raised their two children: Kelley and Dennis in Fitchburg, MA.
In 1976, he graduated from the State Police Academy for Municipal Police Officers in Framingham, MA. This accomplishment led him to ten proud years spent serving the Townsend community as a Police Officer. After his time with the Townsend Police Department, Adam began working for Cleghorn Oil Inc. in Fitchburg, MA as an oil tank truck driver.
Adam took pride in his community became a member of the Beautification Committee in Greenville. His love for literature and reading led him to be a long-standing Trustee of the Chamberlin Free Public Library.
He found great joy in doing yardwork around his home and could often be found riding his motorcycle during the warmer months. He enjoyed camping with his family at Twin Tamarack Family Camping in New Hampton, NH.
He is preceded in death by his parents.
Adam is survived by his wife, Janice Mueller, his daughter, Kelley and her husband, Keith Merchant of Gardner, MA, his son, Dennis and his wife, Laura Mueller of Fitchburg, MA, his brother, Peter Mueller of Seymore, CT, six grandchildren, three great grandchildren and many friends.
In lieu of flowers memorial donations can be made to Chamberlin Free Public Library, 46 Main Street, Greenville, NH, 03048.

To order memorial trees or send flowers to the family in memory of Adam Mueller, please visit our flower store.