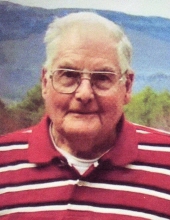 Allen Howland Cumings, Sr., 92, of Troy and Jaffrey, NH passed away peacefully on September 14, 2021, at the Jack Byrne Center in Lebanon, NH after a brief illness. He was surrounded by his family when he passed over quietly.
He was born, in Keene, NH, on April 22, 1929, the son of Fred and Margaret (Woodward) Cumings of Troy, NH.
He married Lillian Javala of Troy and they were married for over 40 years. They raised four children in Troy, living in his childhood home.

He attended the University of New Hampshire until a work accident prevented him from his aspirations to be a medical doctor. He then worked at his father’s sawmill with his older brother Taylor. He then worked for over 20 years at Seppala and Aho in Rindge, NH in the sheet metal department. After he left there, he opened a Lobster and Fish Market with his wife at their home in Troy. He kept it open until his wife passed on May 14, 1991, after having years of failing health.

He met his current wife, Weltha, and they eventually married in April of 2014, after being together for several years. They spent many years traveling. They would travel to Maine and enjoyed time with their children and their families. He and his first wife had bought a cottage on Swanzey Lake when his children were very young, the cottage is still in the family and continues to be enjoyed creating many happy memories.

In 2010, he tried to raise grant money to start the Cumings Conservation Center in Troy. He wanted to provide an opportunity for people of all ages to develop an appreciation for the natural world of New Hampshire’s wildlife. The site of the Conservation Center would have been on the five hundred acres of land that his father bought when Allen was a young man. There is a manufactured pond called Cumings Pond and unfortunately the log cabins that were built there years ago, no longer stand. The land continues to be owned by family members.

He loved gardening, and always had a large garden with plenty of vegetables and flowers. He grew jade plants and apple trees for his daughter’s fourth grade class every year. He grew tomato plants and would give them to his appreciative friends every spring. Other interests in his life included being a Boy Scout leader, and he maintained friendships with his former scouters. He was also incredibly involved with the Masons. As a Mason, he became Master of two lodges, in Troy and Peterborough.

He was also incredibly involved with the development of a Dyslexic Learning Center in Nashua during the 1990’s. In Peterborough he helped start the Windy Row Learning Center for dyslexic children with Bill Pierce and several other volunteers.

He is survived by his wife, Weltha, and his four children, two daughters and two sons. His oldest son Allen Jr. and his wife Mary live in Newington, NH, his other son Thomas lives in Deerfield, NH. His daughter Kim Kane lives in Lyndeborough with her husband Jack and his youngest daughter Melinda Spill lives in Concord, NH with her husband Jeffrey. He has two stepsons that live in Idaho: Ted Smith and his wife Cindy and Tim Smith. He is survived by thirteen grandchildren and several great grandchildren, nieces and nephews. He also leaves behind two great friends: Harold Newell of Troy, NH and John Waite of Maine.

Allen was predeceased by his wife Lillian, his good friend Arthur, his older brothers: Taylor, William and Calvin and a great granddaughter: Abigail Cumings Fish.

Calling Hours will be on Monday September 20, 2021, at the Cournoyer Funeral Home and Cremation Center, 33 River Street, Jaffrey, NH from 5:00 until 7:00 PM. Funeral services will be held Tuesday, September 21, 2021, at the Trinitarian Congregational Church of Troy, 197 South Main Street, Troy, NH at 10:00 am. Burial will follow in the family lot at Mountain View Cemetery in Troy, beside his wife Lillian.

To order memorial trees or send flowers to the family in memory of Allen Howland Cumings, Sr., please visit our flower store.