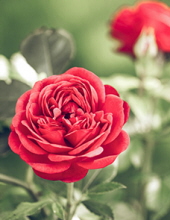 Anne Marie Patricia Marshall, 77, of Richmond, NH and formerly of Washington D.C., died peacefully at her home on January 17, 2023.

She was born in Washington D.C. on June 20, 1945, daughter of the late Carl Joseph and Mary Theresa (Murphy) Marshall. Anne moved to Northern Virginia at the start of 3rd grade and lived in Alexandria, Virginia before moving to New Hampshire in September of 2019.

Anne earned an Associate Degree in Business Management at the Northern Virginia Community College. She worked at Housing and Urban Development (HUD) in Washington D.C. for more than 40 years, retiring in 2009.

Anne attended Mass at St. Athanasius in Vienna, Virginia where she sang in the choir. She loved music, singing, playing the piano, flowers, animals, card and board games, solving puzzles and reading mystery novels. Her favorite color was blue in honor of Our Lady. Anne was very appreciative for her Catholic faith and Catholic education.

She is survived by her brother, Carl Joseph Marshall, Jr., his wife of 55 years, Jean R. Marshall and their children: Joseph Marshall, Kimberly Marshall Straub and Shari Marshall Michael. She also leaves behind many close friends.

There were no calling hours.

A Requiem Mass was celebrated on Saturday, January 21, 2023 at St. Stanislaus Church in Winchester, NH. Burial will take place in the Spring.

In lieu of flowers, please consider making a donation in Anne’s memory to the Sisters, Slaves of the Immaculate Heart of Mary, (MICM) for the needs of the Convent at Saint Benedict Center, PO Box 627, Richmond, NH 03470.

To order memorial trees or send flowers to the family in memory of Anne Marie Patricia Marshall, please visit our flower store.