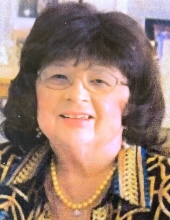 Barbara L. Magoun, 90, passed away on October 28, 2022, at Jaffrey Rehabilitation and Nursing Center in Jaffrey, NH.

Barbara attended Tredyffrin – Easttown school in Berywn Pennsylvania graduating class of 1950. She went on to attend colleges at Grove City College and Pierce College, Pennsylvania. Barbara married the love of her life, Thomas on June 18, 1955, in Wayne, PA.

In her free time Barbara enjoyed cooking and baking, hosting parties for family and friends, playing Mah Jong, writing children’s stories and poetry. She also enjoyed reading, sewing, crafts and was especially fond of all roses.

Barbara was predeceased by both of her parents, and her husband Thomas Magoun in 2002.

She will be forever remembered by her daughter, Susan Marland and her husband Mike of Spofford, NH, a sister, Dorothy Iano of Scarborough, Maine, Two grandchildren Bobby Grant of Strafford, NH and Ryann Grant of Swanzey, NH, two great-grandchildren and many nieces and nephews.

Memorial services will be held at a later date.

Barbara’s final resting place will be alongside her husband in Oahu Cemetery in Honolulu, Hawaii.

To order memorial trees or send flowers to the family in memory of Barbara L Magoun, please visit our flower store.