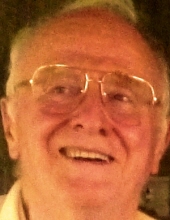 Daniel Mecklem Johnson, 82, of Jaffrey, died peacefully on Sunday, November 8th, 2015 in his home surrounded by his loving family.

Dan was born on March 27th, 1933 in Worcester, MA, son of the late Stephen Roosevelt and Marion (Mack) Johnson. He graduated from Tabor Academy and received his B.A. from Middlebury College and an M.A. from the University of Madrid, in Spain.

In 1957, Dan married Jacqueline (French) Johnson. They had been married for 58 years.

Dan served in the US Army with the US Counter Intelligence Corps based at Fort McNair, Washington D.C. Upon his honorable discharge, he pursued a career in teaching, initially working for a year at the Robinson School in West Hartford CT.

He and his family moved to Jaffrey in 1961 where he continued to reside for 54 years.

Dan taught Spanish, history and English at the Winchendon School in Winchendon MA for 15 years. Upon retiring from teaching, Dan established a successful maple syrup business known as Dan Johnson’s Sugar House. He produced the syrup, packaged and delivered it to retail stores and built a substantial mail order business shipping to customers worldwide.

Dan was a 25 year honorary member of the Jaffrey Lions Club, serving in many roles, including president. He was active in the Jaffrey Historical Society soon after its inception serving twice as president and was instrumental in establishing the well-attended annual Old Roads Tour. He continued to serve on the board of directors for many years and was a life time member.

He served the Jaffrey Civic Center in roles as Incorporator, Board of Director President and Trustee Chair for the Jaffrey Gilmore Foundation Trust.

Dan enjoyed restoring his 1823 farm house and property, reclaiming hay fields and rebuilding stone walls. In his spare time, he also enjoyed building and restoring colonial furniture, playing guitar and photography. He was an avid antique car enthusiast, restoring many cars, showing and winning up to national levels throughout New England and beyond. In recent years he could often be seen enjoying a nice afternoon drive in his 1931 Model A Ford Roadster.

Family and friends are invited to Calling Hours on Thursday, November 19th from 5:00 to 7:00 PM in the Cournoyer Funeral Home & Cremation Center, 33 River Street, Jaffrey, NH.

At Dan’s request, a private graveside service will be held at the family’s convenience.

In lieu of flowers, memorial donations can be made to the Jaffrey Gilmore Foundation Trust, PO Box 486, Jaffrey, NH 03452.

To order memorial trees or send flowers to the family in memory of Daniel M. Johnson, please visit our flower store.