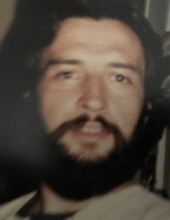 David A. Ouellette, 63, of Rindge, NH passed away at his home on Tuesday, April 26, 2016.He was born on September 22, 1952 in Peterborough, son of the late Adrien ‘Cuffy’ and Alice (Forcier) Ouellette. David grew up in Jaffrey and attended Conant High School.
He enjoyed working on cars, anything to do with Harley Davidsons, and most of all his family.
David is survived by his daughter Katrina Vayens Hawes and her husband Geoff of Mt. Pleasant, SC; his three grandchildren, Myles, Avery, and Charlotte; his stepdaughter, Jessie Despres and her four sons Nolan, Corbin, Jordan, and Tyson; his two sisters, Lauren A. Peard and her husband John of Jaffrey and Lynn O. Lord and her husband Bobby of Lyndonville, VT; his brother-in-law Butch Lafleur of New Ipswich, his sister-in-law Pauline (Punk) Ouellette and several nieces, nephews, cousins and many close friends.

At David’s request, there will be no calling hours or formal services at this time. A celebration of his life will be held later and announced on www.cournoyerfh.com as details become available.

To order memorial trees or send flowers to the family in memory of David A. Ouellette, please visit our flower store.