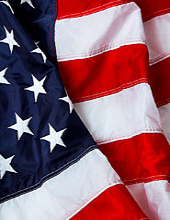 He moved to Wilton, NH when he was six months old. He attended Wilton schools, graduated from Governor Dummer Academy in South Byfield, MA, class of 1965, Wesleyan University, class of 1969, and Boston University School of Law, magna cum laude, in 1973 where he was a member of the Law Review. He began his law career at what is now the McLane Law Firm in Manchester and joined his father and brother at Cheever and Sullivan in Wilton in 1978. He was appointed to the NH Superior Court in August 1991. He retired in September 2007 and served as an active retired judge as long as his health permitted.

He was a former Temple Town Moderator, member of the Temple Mountain Ski Patrol and the Souhegan Valley Ambulance Squad. He served on many boards and at the time of his death was a board member of RiverMead and Shelter from the Storm. He was also a member of the Jaffrey-Rindge Rotary Club.

He leaves his wife of 38 years, Elizabeth Bloomberg Sullivan, his children Kate and her husband David Streb of Carolina Beach, NC, Hannah and her husband David Thompson of St. Paul, MN and Danforth and his wife Gina Sullivan of Boston. He leaves three grandchildren, Charlie and Logan Streb and Anders Thompson. He also leaves his mother Jean Wilson Sullivan of Peterborough, two brothers, C. Wilson Sullivan and his wife Janet Hymowitz of Amherst, Peter C. Sullivan and his partner Felice Fullam of Wilton, his sister-in-law and brother-in-law Harriet and Patrick Carrier and his niece and nephews Adina and Zachary Sullivan and Nathaniel and William Carrier. He was predeceased by his father Charles Bahnsen Sullivan and his brother Luther Gregg Sullivan.

In lieu of flowers, in accordance with his wishes and in recognition of the care he received during his illness, the family requests memorial contributions to be made to Monadnock Community Hospital, Attn: Philanthropy, 452 Old Street Rd, Peterborough NH 03458; the Norris Cotton Cancer Center, D-H/Geisel Office of Development, Office of Gift Recording, One Medical Center Drive, HB – 7070, Lebanon, NH 03756-0001; or the transitional shelter or food bank of your choice.

A memorial service will be held at a later date.

To order memorial trees or send flowers to the family in memory of David Bahnsen Sullivan, please visit our flower store.