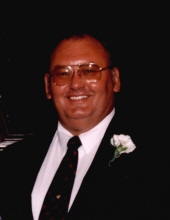 He was born on December 11, 1942 in Boston MA, the son of David and Irene (Smith) Collum. David was a member of the class of 1960 at Marion High School in Framingham, MA and had served our country honorably in the U.S. Air Force.

He had faithfully served the communities of Natick and Wayland, Massachusetts as a police officer, rising to the rank of Sergeant before moving to Rindge, NH to serve as Chief of Police for the town until he retired in 2001.

After retiring from local law enforcement, David served with the Federal Immigration and Naturalization Service until his health worsened in 2008

David will be dearly missed by all those who knew him for his kindness, generosity and most importantly his sense of humor.

A Mass of Christian Burial will be celebrated on Wednesday, May 20, 2015 at 11:00 AM at Saint Patrick Church, 89 Main Street, Jaffrey. Rev. Msgr. Gerald Belanger will officiate. Burial with full military honors will follow at the Massachusetts Veterans Memorial Cemetery in Winchendon.

David’s family respectfully requests no flowers, and would prefer memorial donations made in his name to either the American Diabetes Association, P.O. Box 11454, Alexandria, VA 22312, or to P.O.O.R. (Pumpkin Organization of Rindge) C/O Carol Donovan, 47 Coot Bay Drive, Rindge, NH 03461 or a charity of their choice.

To order memorial trees or send flowers to the family in memory of David J. Collum, please visit our flower store.