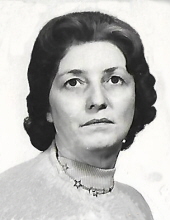 Edith M. Jones, 81, of Rindge, NH, died at Heywood Hospital, Gardner, MA on August 28, 2018 after a period of declining health, she was surrounded by her loving family.

Edith grew up and spent her early years in western New Brunswick, Canada and northern Maine, US. Around 1969 she moved with her husband and three children to New Hampshire settling in Goshen, NH, where they had many happy years together. After the death of her husband Edith lived in Claremont, NH, Portland, ME, and then finally Rindge, NH.
Edith was a devoted daughter, wife, mother and friend. Her family and friends loved her very much and she with be sorely missed.
Celebrations of her life are being planned for both New Brunswick and New Hampshire, dates to be determined.

To order memorial trees or send flowers to the family in memory of Edith M. Jones, please visit our flower store.