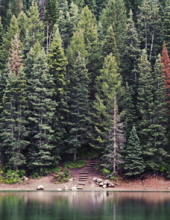 Edward M. Dysart, 91, of Jaffrey, NH died peacefully on November 04, 2016 after a period of declining health.

Mr. Dysart was born on March 16, 1925, in North Lincoln, Maine, the son of Marshall and Villa Mae (Smith) Dysart. He grew up in Maine and graduated from Mattawancook Academy 1943.
Mr. Dysart had worked for many years as a paper cutter and carpenter at Lincoln Pulp & Paper and had belonged to the Lincoln Baptist Church while residing in Maine. Afterwards, he moved to Kissimmee Florida for 27 years and enjoyed working as a carpenter at Walt Disney World. He retired in 1968 and enjoyed carpentry and woodworking as hobbies in addition to his work. He moved to Jaffrey, NH in 2006 and belonged to the Jaffrey Bible Church while residing in town.

Mr. Dysart is survived by his wife, Patricia (Aucoin) Dysart, whom he married in 2006. He also leaves behind his brother Phillip Oliver in Lincoln, Maine, and his nephew Kyle Oliver in Brewer, Maine, in addition to his extended family and friends.

In lieu of flowers, donations may be made in memory of Edward to the Jaffrey Bible Church.

To order memorial trees or send flowers to the family in memory of Edward M. Dysart, please visit our flower store.