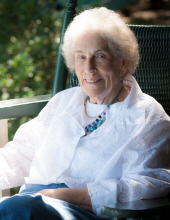 Elizabeth (“Betty”) Dort Austermann, 86, of Peterborough, died on December 23, 2016 at Good Shepherd Nursing Center in Jaffrey. She was the daughter of the late Cummings and Sara Dort.

Born on January 17, 1930 in Washington D.C. Betty liked to say that she was one of the very few who lived in D.C. and was actually born there. She moved with her family to Bala Cynwyd, PA where she attended junior high and graduated from Lower Merion High School and then attended Millersville State College in Millersville PA. When her father retired they moved to Keene, NH where the family owned a drug store, Dort Drugs on West Street. From there, Betty enrolled at Northampton (MA) Commercial College. Meanwhile, a young man named George Austermann was stationed in the Army in Springfield MA. They met and discovered they both had roots in Jaffrey NH. George had a car and offered to take Betty up to Jaffrey so she could spend weekends with her family on Silver Lake in Harrisville. “She would always bake a tin of chocolate chip cookies for me,” to thank me for the ride, George recalls. The beginning of 62 years of enjoying Betty’s home cooking.

In the summer of 1953, Betty followed her love of horses by taking a job at Metivier Stables in Dublin where she taught riding and guided trail rides. The next year, she married George and they moved to Hanover where George took a job at Dartmouth Hitchcock Hospital. Soon after, they moved to Lexington MA. There, they bought a house just in time for Betty to give birth to Karl, the eldest of their three sons. Followed shortly thereafter by Richard and lastly David. “Her proudest achievements were having her kids,” George says.

Betty was a traditional homemaker who loved to decorate the home and provide meals for others. Summers at the lake were what held them all together, generation after generation. After George retired, to be closer to the lake, they bought one of the first finished units at Long Hill Estates in Peterborough in 1996 and moved there permanently. Betty famously decorated a large Christmas tree on their porch. It delighted her and her neighbors and it often stayed up until Valentine’s Day decorated with hearts. In the off-season, they would drive over to the lake to “make sure the cottage was still there” or just to sit on the porch and watch for loons as the ice retreated. Summer, everything came alive. Betty loved to cook and she served up lobster casserole, tomato casserole, or tuna burgers only a very hungry man could eat. Their cottage was surrounded by blueberry bushes. The abundance of blueberries were a great match for Betty. “If she could put blueberries in it, she would,” her children say. Most famously, she would host an annual breakfast, a feast of Betty’s blueberry dumplings on the porch with friends and neighbors and family members, squeezed around the table. There was always room for more. No one could resist.

She loved to travel. They had bought a time share, and a favorite midwinter destination was St. Thomas, among other places.

In later years, she and George learned to play steel drums and played with the Pan Handlers band from Troy. This was something she was very proud of. In addition, it must be said that Betty was generous, kind and thoughtful, the best friend anyone could ever have.

Betty’s family respectfully requests no flowers please. Instead, memorial donations are asked to be made in Betty’s name to the Monadnock Adult Care Center, 22 North St, Jaffrey, NH 03452 Phone: (603) 532-2427

A memorial service will be held in early summer on Silver Lake.

To order memorial trees or send flowers to the family in memory of Elizabeth 'Betty' Austermann, please visit our flower store.