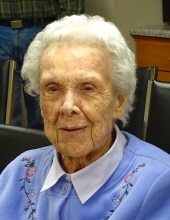 Georgena S. Fowler, 101, resident of Rindge, NH died on April 13, 2020 at the Pheasantwood Nursing Center, Peterborough after a period of declining health. She was born on June 16, 1918 in Montreal, Canada the daughter of the late George H. and Edna C. (Steele) Gillin.

She graduated from St. Mary’s Hospital School of Nursing in Montreal in 1940 and worked as a pediatric nurse through WWII. After the war she moved to Greenwich CT where she met William Fowler. They were married on April 3, 1948. Gena worked as a bookkeeper in his store, Fowler & Graham, until it’s closing and then went on to work at the Putnam Trust Co. in their Savings Department.

In 1972 they retired to Flagler Beach, Florida, where they lived until William’s death in 1992. She then moved back to Greenwich for a short time before moving in with her daughter in Rindge, NH.

She is survived by her son Lawrence of Greenwich CT, her daughter Jean of Rindge NH, her honorary daughters Carol Chamberlain and Paula OBrien of Freeport ME, and her grandchildren and greatgrandchildren. She was predeceased by her husband William, son John, and brother Patrick.

The family would like to thank everyone at Pheasantwood Nursing Center for their kindness and compassion while she was a resident. She was repeatedly telling her family how friendly and caring the staff was to her.

Gena requested that there be no services. In lieu of flowers memorial contributions can be made to Monadnock Kitty Rescue, 11 Plantation Dr., Jaffrey, NH 03452

To order memorial trees or send flowers to the family in memory of Georgena S Fowler, please visit our flower store.