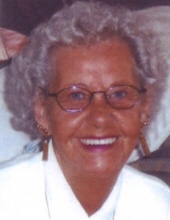 Helen M. Blanchette-Phelps, 90, of Jaffrey, NH, passed away Sunday, December 19, 2021, at the Jaffrey Rehabilitation and Nursing Center in Jaffrey, NH.

She was born on October 30, 1931, to Henry J. and Cora L. (Brown) Blanchette in Winchendon, MA. She attended Streeter School in Winchendon until she began working for the Dress Shoppe. She would later work for the Jaffrey Mills, and D.D. Bean & Sons for many years, before eventually retiring in 1996 from Millipore in Jaffrey after ten years of employment. Her reliability and attendance was motivated by her love for her job.

Helen was known for her kind nature and efforts to help others. She would spread her kindness with her loaves of apple or banana bread gifted to a neighbor or crocheting a lap throw for child. She found great joy in country music, and it would often motivate her love for dancing.

In addition to her parents, she is preceded in death by her siblings, Dorothy Hayes, Annette Buckley, Rita Blanchette, Arthur Blanchette, and Richard Blanchette, her Son-in-Law, Hank Somero, and her great-granddaughter, Skyla Forcier.

Services will be private and held at the family’s convenience.

To order memorial trees or send flowers to the family in memory of Helen Phelps, please visit our flower store.