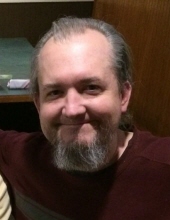 Joshua M. Smart, 38, of Troy, NH, died peacefully surrounded by his family on Wednesday, April 13, 2016 at the Cheshire Medical Center in Keene after a courageous battle with a lengthy illness.
He was born in Newburyport, MA, on April 16, 1977, son of the late Lance S. Smart and and Gloria M. (Smart) Cormick. After his father died, Joshua was raised by his ‘Mum’ Gloria and ‘Dad’ Clinton W. Cormick, Sr. Joshua attended St. Joseph’s Grammar School and was a graduate of Haverhill (MA) High School.
Above all else, Joshua was devoted to his family. He was a talented musician, his ability and talent with music was carried out in the many and various instruments he played, including Guitar, mandolin, flute, and Scottish small pipes (bagpipes) as well as vocals. His ability to write, sing and play instruments was something he used all his life. As a teenager he formed a band with friends called Splintered, in which they wrote and played their own music, and traveled locally with gigs. He later passed this gift on to his 6 children. The Well Tuned Trio was the band he started with 2 of his children Joseph (who took up fiddle & mandolin) & Philip (who took up the bodran & drums) and Friend John Doucette, focusing on Traditional Celtic, Folk and classic rock.
He also loved gardening, cooking, “nobody cooked like Dad”, reading and playing chess…Throughout his life he worked in several different areas from Landscaping to painting, as an auto mechanic and lastly a cleaner.
He was a devout Catholic who loved his faith, his knowledge of the Church and theology was vast. He was a Third Order member of the Slaves of the Immaculate Heart of Mary where he attended mass.
He was predeceased by his father, Lance S. Smart, his paternal grandparents, Donald and Barbara (Gingras) Smart, and by his maternal grandfather, John F. Smart, Jr.
In addition to his mother and father, Gloria and Clinton Cormick, Sr. of Lexington, SC, Joshua is survived by the mother of his children, Kerry Boscarino of Swanzey, NH; his children, Joseph P. Smart of Richmond, Philip J. Smart of Troy, Rachel M. Smart, Fatima M. Smart, RoseMarie J. Smart and BarbaraEllen M. Smart, all of Swanzey; his brother, Clinton W. Cormick, Jr. of Salisbury, MA; his maternal grandmother Marjorie E. Smart of Lexington, SC; his uncle Paul G. Smart; his great-uncle Edward J. Pearsall and many other loving aunts, uncles, cousins and friends.
Calling hours will be held on Monday, April 18, 2016 from 6:00 to 8:00PM at the Cournoyer Funeral Home, 33 River Street, (Rte. 202) Jaffrey, NH 03452.
A traditional Latin Requiem Mass will be celebrated on Tuesday, April 19, 2016 at Saint Benedict Center, 95 Fay Martin Road, Richmond, NH, with the Reverend Daniel Lamothe officiating.
Burial will follow at the Burial Grounds at Saint Benedict Center, Richmond, NH.
In lieu of flowers, memorial contributions may be made in Joshua's name to the Smart Children Educational Fund, c/o Savings Bank of Walpole, 400 West Street, Keene, NH 03431.

Prayer: May Joshua's soul and all the souls of the faithful departed, through the mercy of God, rest in peace. Amen.

To order memorial trees or send flowers to the family in memory of Joshua M. Smart, please visit our flower store.