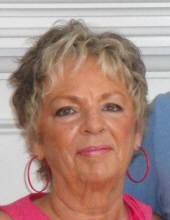 Kay is survived by her daughter Rebecca A. Barnard, of Chandler Arizona, by her son, Richard F. Stratton, of Exton, Pennsylvania, and by her sister Diane Reenstierna, of Jaffrey New Hampshire. She is also survived by 6 grandchildren, Amy, Rachel, Hannah, Sadie, Marshall, and Myra. She is survived by one great grandchild, Josiah.

Kay was a lifelong resident of the Monadnock region. Born and raised in Rindge, she attended local schools. She married Richard C. Stratton (d) in 1965 and had two children, Becky, and Ricky. She held various positions selling ads for local newspapers and selling real estate in the 1970's. She was a caretaker for Olga Wheeler in Jaffrey Center in the 1980's and continued her career as an administrative assistant for several local businesses in the 1990's and 2000's. Kay was a landlord for several properties in Jaffrey.

Kay was a phenomenal cook who could take any recipe and improve upon it with her own expertise.  Kay had a reputation for serving the freshest cup of coffee available in town. She was quick to offer a seat at her kitchen table for those in need of a coffee break and a chat. Kay's flower and vegetable gardens were that of legend.

She was a talented artist who honed her skills with pastels in her 40's. She worked on landscapes, still life, wildlife, and portraits. Each piece was unique. Much of her work was given to friends and family over the years. Kay was well known for her elegant style and taste. Her timeless beauty shined inside and out. She was well versed in current events.

Kay's humor came in many forms and her penchant for one-liners was unmatched. Her sense of humor ranged from absurd to sarcastic to goofy and was best delivered until everyone in the room was in tears.

Per Kay's wishes, there will be no funeral. A private celebration of her life will be coordinated by her family & friends at a later date.

We ask that in lieu of flowers or gifts, in Kay's memory, each of us shall donate our time, care, and energy to a worthy charity of our choice.

To order memorial trees or send flowers to the family in memory of Kermita "Kay" Stratton, please visit our flower store.