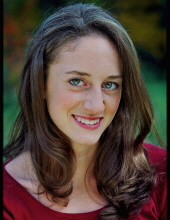 Laura Anne Sullivan LaPlante of Hancock, N.H., died May 2 in Chicago from injuries sustained when the taxi in which she rode was struck by another car. She was 26 years old and had expected to graduate from the University of Chicago School of Law in June. Laura, the daughter of Roberta (Sullivan) LaPlante and Dan LaPlante of Hancock, N.H., was born Sept. 22, 1987, in Denver, Colo., and later attended St. Patrick Elementary School in Jaffrey, N.H., after her parents moved to the state. She graduated from ConVal Regional High School in Peterborough, N.H., in 2006. In addition to her academic commitments, she became an avid runner and was an accomplished member of the cross-country and track teams at the high school. She attended Columbia University in New York and, after transferring to the University of New Hampshire, graduated summa cum laude in 2010 with degrees in both economics and philosophy. She competed with the track teams at both universities and achieved numerous academic awards. She was a member of Phi Beta Kappa and the economics honor society at the University of New Hampshire. After gaining admission to the University of Chicago School of Law, Laura became active in a number of campus groups, including the Federalist Society (of which she was president) and Law School Republicans (on which she served as treasurer), as well as the Saint Thomas More Society, Law Women’s Caucus, and the Edmund Burke Society. After graduation, she had planned to begin practice with Wilmer Cutler Pickering Hale and Dorr LLP in Boston, at which law firm she spent last summer as an associate intern. Besides her parents, Laura is survived by her brothers Peter LaPlante, 24, of Burlington, Vt., and Ryan LaPlante, 21, of Hancock, and her sister, Claire LaPlante, 10, of Hancock, as well as her grandmother Mariana Sullivan of Centennial, Colo., grandparents Duane and Audrey LaPlante of Fort Branch, Ind. She was loved by 26 aunts and uncles, more than 30 first cousins, and countless friends and associates. Her grandfather, Raymond Sullivan, of Centennial, Colo., died in 2012. Though Laura was an accomplished scholar and athlete, her family would like her to be remembered most of all for her generous nature and compassionate spirit. Everyone who knew her will have those gifts to carry forward. Family and friends are invited to share in a Rosary Service on Monday, May 12, 2014 at 4:00pm in Saint Patrick Church, 89 Main Street, Jaffrey, NH 03452. Laura’s family will welcome visitors at the Saint Patrick School Gymnasium following the Rosary Service, (approximately 4:45) until 7:00pm. A Mass of Christian Burial will be celebrated at 10:00 am on Tuesday, May 13, 2014 at Saint Patrick Church in Jaffrey. Rev. Wilfred Deschamps, Pastor, will be accompanied by Rev. Richard Kelly and Msgr. Gerald Belanger in the celebration of the Mass. Burial will be private. Though Laura’s family welcomes condolence cards, her parents request that well-wishers refrain from sending flowers, suggesting that gifts be made in Laura’s honor to any of the following organizations: If you would like to contribute to the University of Chicago Law School, or to the Federalist Society at the University of Chicago, please go to http://give.uchicago.edu/law, then select Other and indicate that your gift is in memory of Laura LaPlante. Contributions may also be made by check made out to the University of Chicago Law School. Please write In Honor of Laura LaPlante on the memo line and mail to University of Chicago Law School, ATTN: Jacklen Schroeter/Laura LaPlante, 1111 E. 60th Street, Chicago, IL 60637. If you would like to designate your gift to go to the Law School's Federalist Society Chapter, please indicate that information in the special instructions box for online gifts or on the memo line for checks. The University of New Hampshire Athletic Department, checks can be made out to “Friends of UNH Women’s Cross Country/Track & Field” Please write In Honor of Laura LaPlante on the memo line, and mail to UNH - University Advancement, Elliott Alumni Center, 9 Edgewood Road, Durham, NH 03824. The Thomas More Society, 29 S. LaSalle Street STE 440, Chicago, Illinois 60603. The Thomas More Society is a not-for-profit, national public interest law firm that exists to restore respect in law for life, marriage, and religious liberty. Based in Chicago, the Thomas More Society defends and fosters support for these causes by providing high quality pro bono legal services from local trial courts all the way to the United States Supreme Court. http://thetributecenter.com/tributeplayer/default.aspx?webcasteventid=3821#/webcast
To order memorial trees or send flowers to the family in memory of Laura Anne Sullivan LaPlante, please visit our flower store.