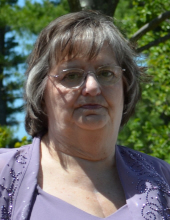 She was raised in Hollis and Temple, NH, graduating from the Appleton Academy in New Ipswich, NH in 1961. Following graduation, Mary went on to attend schooling at the N.H. College of Accounting and Commerce, graduating in 1963. Following her schooling she worked for many years at Abbot Machine in Wilton, NH.

Mary volunteered for over 30 years as first an EMT (Emergency Medical Technician) and later an EMT-I (Emergency Medical Technician – Intermediate) for the Wilton – Lyndeborough Temple Ambulance Service. She served her community not only as an EMT but also by attending and graduating from St. Joseph Hospital School of Nursing in 1987. She worked for many years at the Monadnock Community Hospital after nursing school. Mary also taught for many years as a First Aid and CPR instructor.

When Mary wasn’t donating her time to her community she used her “spare” time to enjoy hobbies such as, Ladies Library of Lyndeborough, Red Hat Society, Reading, Facebook, her family and just talking with people at the Village Store.

She will be truly missed by all who knew her or ever had the privilege to chat with her for even a short second or two.

In addition to her parents, Mary was pre deceased by her loving husband, Skeeter in 1985, a son, James Leavitt in December of 1978 and a brother John “Jack” Hyde Jr.

All Emergency Service personnel are asked to wear either Class A Uniforms or Duty Uniforms to the Wake and Funeral Service.

In lieu of flowers the family has requested that donations be made in memory of Mary to the Wilton – Lyndeborough Ambulance Association c/o David Gill – for purchasing CPR training supplies.

To order memorial trees or send flowers to the family in memory of Mary E. Leavitt, please visit our flower store.