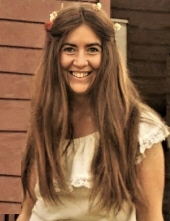 Maureen Scanlon Desmarais of Jaffrey, NH passed away in her home on December 11, 2022. She was born in Bennington, VT on September 3, 1944, the second of five children born to the late Marie Sausville Scanlon and James E. Scanlon, Sr.

An Army brat, Maureen traveled extensively with her parents and siblings throughout Europe, Africa, and the United States. In the 1960’s, she completed the nursing program at the then Henry W. Putnam Memorial Hospital and joined the nursing staff at the Vermont Veterans’ Home. There she met Edward D. Desmarais, a masonry contractor working on the construction of a new wing at the Veterans’ Home. They were married on May 3, 1969 and moved to Jaffrey where they made their home and raised their family.

Ms. Desmarais was active in her community, first working as a physical education and Title I teacher at St. Patrick’s Elementary School, and then as co-owner and operator of a flower and gift shop in Jaffrey for many years. She served on the Town of Jaffrey Select Board, was a member of the Jaffrey Women’s Club, and was active in state Democratic politics. She was an avid mountain climber, runner, traveler, and reader; and loved her pets and local wildlife.

A memorial service will be held privately at the convenience of the family.

If you knew Maureen, please consider a donation to the Monadnock Conservancy (www.monadnockconservancy.org)

To order memorial trees or send flowers to the family in memory of Maureen Desmarais, please visit our flower store.