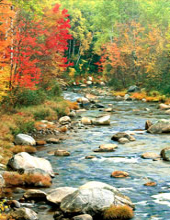 He was the husband of the late Harriet E. (Cutter) Brown who died in 2002. Neale and Hattie were high school sweethearts. In 1945 they moved to Manchester NH where they were to raise their four children and live for most of their lives.

Neale’s professional career was as an accountant, office manager and comptroller for textile companies including Manchester Knitted Fashions, Tam O’Shanter, and Pandora. He served a term as president of the NH Association of Cost Accountants.

He was a Master Mason and a member of the First United Methodist Church, where he served on many lay committees and boards.

He was a lifelong baseball fan of the Braves, following the team from Boston to Milwaukee to Atlanta. He loved musical theater and classical music, often conducting the orchestral recordings from his living room chair. He was an avid reader of the writings of Winston Churchill, and like the Prime Minister, a connoisseur of a good cigar.

In retirement he helped with doing the “books” at Desjardins Jewelers in Manchester, and enjoyed crossword puzzles and playing cribbage (15-two, 15-four, and a pair is six).

In 2007, he moved to Country Meadows in Hershey, to be closer to two of his daughters living in the area. He enjoyed the trivia activities and attending concerts of the Hershey Symphony and performances at the Hershey Playhouse.

Surviving are four children, Linfield C. Brown married to Roberta, of VT, Dale B. Schelzel–Witmer married to Glenn Witmer, of Lancaster, Meredith B. Pearlstein married to Harvey, of IL, and Jennifer S. Kline married to Arthur of Harrisburg; 9 grandchildren and 13 great-grandchildren. He is predeceased by two younger brothers, Richard L. and Kenneth G. Brown.

Private Funeral Services and interment will be held at Conant Cemetery, Jaffrey NH at the convenience of the family. In lieu of flowers, remembrances can be made in Neale’s memory to any of the Hospice Associations of New Hampshire or Central Pennsylvania.

To order memorial trees or send flowers to the family in memory of Neale W. Brown, please visit our flower store.