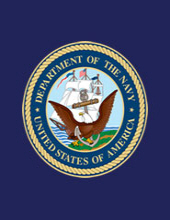 Babe was born on October 28, 1933 in West Rindge, NH, son of the late Joseph and Abby (Carlton) Taylor. He received his education locally in Rindge and in Jaffrey.

He served his country proudly and honorably in the U.S. Navy aboard the U.S.S. Healy, a Fletcher-Class Destroyer.

Upon returning home from the Service, Babe and his brother Stanley Taylor purchased the West Rindge Basket Company from their parents and co-owned and operated the business with his brother until retiring only 8 years ago. Over 25 years ago, Babe and his wife started the Little Job Construction Company, and together they were still enjoying doing the little jobs no one else wanted to do until the day he died.

Babe had also been a volunteer Firefighter with the Rindge Fire Department and had earned the status of Honorary Firefighter in recognition of over 15 years of dedicated service.

Babe could never sit still, he loved working and tending his vegetable garden. He and his wife also enjoyed showing Corvettes for 9 years and they spent as much time as they could out on Lake Winnipesauke on their Cabin Cruiser.

Babe’s sisters, Eunice, Anna and Barbara all died earlier.
He is survived by his wife of 35 years, Jacqueline (Crane) Taylor, of Fitzwilliam, NH; his 2 daughters, Donna Andrews and her husband Hal of Jaffrey, NH, and Lisa Pelkey and her husband Tim of Fitzwilliam, NH; his 2 sons, Mark Taylor and his wife Cheryl of Waynesboro, VA and Jay Taylor of Arizona; 9 grandchildren; 3 great-grandchildren; his brother Stanley Taylor and his wife Annette of Rindge, NH, and many nieces, nephews, cousins and close friends.

At Mr. Taylor’s request, there will be no calling hours.

Family and friends are warmly invited to a Graveside Funeral Service on Tuesday, July 16, 2013 at 1:00 PM in Hillside Cemetery on Goddard Road in Rindge, NH. Rev. Lynda Tolton, Pastor of the Fitzwilliam Community Church will officiate. Military Honors will be rendered by the U.S. Navy at the conclusion of the service.

In lieu of flowers, memorial contributions may be made in Mr. Taylor’s name to the Fire-Rescue & EMS Association of Fitzwilliam, Inc., PO Box 425, Fitzwilliam, NH 03447

To order memorial trees or send flowers to the family in memory of Oliver 'Babe' Taylor, please visit our flower store.