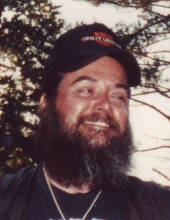 Randy K. Arsenault, 60, of Wilton, NH, died peacefully at his home on Monday, April 11, 2016 after a period of failing health.
Randy was born in Cambridge MA on February 8, 1956, son of the late Joseph and Pauline (Stathos) Arsenault. He was in the Class of 1973 at Malden (MA) High School before serving honorably with the U.S. Marine Corps.
Following his service to our country, Randy worked in various trades and had retired as a plumber when his health prevented him from working.
He enjoyed motorcycles and had many friends between the local 81 and Milford & Co.
Randy is survived by his son, Cy-Randy Arsenault of Jaffrey, and by his sisters, Wendy Arsenault of Saugus, MA and Norma Jean Arsenault of Nashua, NH; his brother, Kevin Arsenault, and by several nieces, nephews, cousins and friends, including his former wife, Denise Arsenault of Jaffrey.
Family and friends are warmly invited to calling hours on Friday, April 22, 2016 from 11:30 am to 12:30 pm at the Cournoyer Funeral Home and Cremation Center, 33 River Street, (Rte. 202) in Jaffrey NH.
Graveside Services with Military Honors will be on Friday April 22, 2016 at 1:00 pm at the Massachusetts Veterans' Memorial Cemetery, 111 Glenallen St. Winchendon, MA 01475.
In lieu of flowers the family has requested that Memorial Contributions be made in Randy’s name to the Good Neighbor Fund, PO Box 486, Jaffrey, NH 03452, or to the Wounded Warrior Project, P.O. Box 758517, Topeka, Kansas 66675.

To order memorial trees or send flowers to the family in memory of Randy K. Arsenault, please visit our flower store.