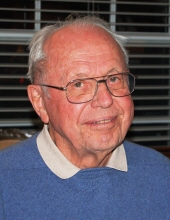 Reynold Belletete, 101, of Jaffrey, NH passed away peacefully at home after a period of failing health on January 1, 2021 surrounded by family.

He was born in Jaffrey on October 16, 1919, the youngest of ten children of the late Elie and Alexina (Taylor) Belletete. Reynold attended local schools, graduating from Conant High School in 1939. He worked in the family business on North Street until entering the service in 1942 as a member of the US Army Air Force 338th Bomber Squadron, serving in Germany, England, and Ireland. He was honorably discharged on December 19, 1945 after having served as a Staff Sergeant.

Reynold married Charlotte Egan in 1947. They were married for 71 years before her passing in June of 2018.

Reynold and his brother Homer took over the family business after World War II and in 1950 expanded it to become Belletetes Inc which today includes nine locations throughout NH and MA.

He was a proud member of the VFW and American Legion and held several positions in the Town of Jaffrey including being a Charter Member of the Jaffrey Lions Club, a longtime member of the Jaffrey Planning Board, the Board of Adjustment, Director of the Monadnock National Bank and served on the board of the Village Improvement Society. He served as a Trustee of the Monadnock Community Hospital. Further, Reynold served 2 terms as President of the New Hampshire Retail Lumberman’s Association and as Director of the Northeast Lumberman’s Association. He was a communicant of St Patrick Church in Jaffrey.
In 2019, Reynold was presented with Jaffrey’s Boston Post Cane which is presented to the town's oldest citizen.

In his free time, Reynold loved to play golf, ski, fly, and sail. He was a Charter Member of both the Shattuck Golf Club and the Profile Seniors. He was a longtime member of the Keene Country Club and the Worthington Country Club in Bonita Springs, FL where he and Charlotte wintered for many wonderful years. He was proud to have skied Tuckerman Ravine in his earlier years and continued to ski into his 70’s. One of his most memorable adventures was canoeing 90 miles on the Allagash River in Maine with his children in 1974. He was a proud owner of a Piper Cub which he kept at Silver Ranch. Finally, he enjoyed sailing in the summer months with his family throughout New Hampshire.

The family would especially like to thank Reynold’s dedicated caregivers.

Due to current conditions and an abundance of caution, a Celebration of Life will be held later in the year. In lieu of flowers, please consider a donation to Home Healthcare, Hospice and Community Services, PO Box 564 Keene, NH 03431 or to the Charity of your choice.

To order memorial trees or send flowers to the family in memory of Reynold Belletete, please visit our flower store.