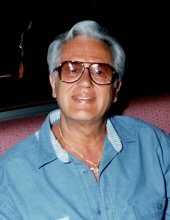 Robert E. Goodall, 81, of Rindge, died Saturday, June 07, 2014 at the Good Shepherd Nursing Home in Jaffrey after a period of failing health.

Mr. Goodall was born in Nashua, NH on October 3, 1932, son of the late Ernest L. and Olivia J. (Bianchi) Goodall. He was a 1951 graduate of Conant High School and had also attended schools in Fitchburg.

Growing up in Rindge, he was always very proud to have attended the town’s one room school house. As a very young boy, Mr. Goodall had the honor of being asked by the founder of the Cathedral of the Pines, Douglas Sloane, to sing a solo at the very first Easter Sunrise Service. Throughout his life, Mr. Goodall had sung in three church choirs and in the U.S. Army Chorus.

Mr. Goodall served his country faithfully and honorably with the U.S. Army during the Korean Conflict. He continued his service as a Budget Analyst for the U.S. Government and was a CEO to 2 Generals at Fort Devens in Massachusetts. He retired in 1976 after receiving several awards from the Commanding Generals of both the Regular Army, and the Army Reserve for the quality of his work. He even received special recognition from President John F. Kennedy for his continuous error free work and very high quality performance.

After retirement, Mr. Goodall remained very busy working in the men’s department at Sears in Leominster, and spending time with his family antiquing, camping and strolling along the Maine ocean front. In his free time, he created amazing stonewalls along his property lines and simply enjoyed being with his family. He will be dearly missed by his wife, children, grandchildren and friends.

At Mr. Goodall’s request, there will be no calling hours.
Military Committal services will be held in the Chapel at the Massachusetts Veterans Cemetery, 111 Glenallen St., Winchendon, MA at the convenience of the family.

To order memorial trees or send flowers to the family in memory of Robert E. Goodall, please visit our flower store.