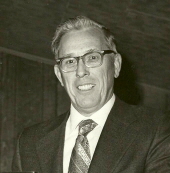 Robert L. Barton, 95, of Peterborough, NH died on February 11, 2013 at Summerhill Assisted Living, following a period of declining health. Mr. Barton was born on February 9, 1918, in Stillwater, NY son of Chester and Helen (Southard) Barton. Mr. Barton attended Saratoga Springs High School in New York and graduated in 1936. He married Bertha A. DiPasquale on June 2, 1940 and went on to serve in the U.S. Army Air Corps in 1943, where he fought in World War II. After serving his country faithfully, Mr. Barton was honorably discharged as a Staff Sergeant in 1946. He then went on to working at Grand Union Company where he would work for many years and finally retire in 1979 as a Grocery Store Manager. Mr. Barton and his family had lived in many areas including; Saratoga, NY, Ballston Spa, NY, Barre, VT, Whitehall, NY, Manchester, CT, Rindge, NH and finally Peterborough, NH. In his spare time, Mr. Barton enjoyed being a part of his community and was a member of the Elks Club, the Italian American Club and the Methodist Church. He also enjoyed woodworking, puzzles and gardening. He was active and enjoyed playing sports and was involved in semi pro football and basketball. Mr. Barton was predeceased by both of his parents, his wife of 59 years Bertha A. DiPasquale on October 1, 1999, and by his son Alan Richard Barton on September 9, 2004. He is survived by his two sons; Robert L. Barton Jr., of Bethesda, MD and Richard P. Barton of Greensboro, MD; His brother, Leon Barton of Queensbury, NY; his sister, Dorothy Trumbull of Johnstown, NY; 6 Grandchildren, 4 Great-Grandchildren, and many nieces, nephews, cousins, and friends.

In lieu of flowers, please consider making a donation to the Summerhill Assisted Living Center, 183 Old Dublin Road, Peterborough, NH 03458, in recognition of the wonderful care provided to Mr. Barton.

At Mr. Barton’s request, there will be no calling hours. A memorial service will be held in the spring at a yet to be determined date. Burial will be at Saint Patrick Cemetery in the spring at the convenience of the family.

To order memorial trees or send flowers to the family in memory of Robert L. Barton, please visit our flower store.