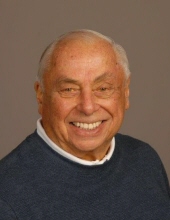 Robert Reuben Korpi, 78, long time resident of Jaffrey, NH died at his home after a period of declining health on August 15, 2018 surrounded by his loving family.

He was born on March 15, 1940 in Peterborough, NH to the late Reuben and Sara (McGrath) Korpi.

Raised in Dublin, Bob graduated from Conant High School in Jaffrey, class of 1960. After high school Bob served his country in the Army National Guard, for which he was very proud. He owned and operated many businesses over his lifetime, including: Jaffrey Mobil, DanDee Snowmobile Ranch, Keene Chrysler Plymouth (with his brother Len), Atlas Display Fireworks, Rokon and Valley Chevrolet just to name a few.

He married Bette Ann Stewart on July 22, 1961 and they raised their family in Jaffrey.

Bob lead an active life, he enjoyed golfing, hunting, deep sea fishing, snowmobiling, taking long drives trying to get lost. For more than the last 25 years Bob’s passion was focused on dedicating his life to his Lord and Savior Jesus Christ. He traveled to India on numerous occasions to complete missionary work; these trips brought much peace to Bob in knowing he was helping others in need. Bob and Bette enjoyed their travels around the world. Heritage being of importance, Bob traveled with family including his father to Finland to find family members and the town of Korpi, something that was also very special for him.

In addition to his parents, Bob was pre-deceased by his son, Daniel Robert Korpi, in 2002.

Survivors include his dedicated loving wife, Bette Korpi, of Jaffrey, his daughter and son-in-law, Dee and Jeff Burns, of Rindge and daughter Jennifer Shay of Jaffrey. His sister, Katherine “Kitty” Korpi of Peterborough, and his brothers; Leonard of Dublin, James of Cascade, MT, Ralph of Dublin and Steven Korpi of Casco, ME. His five grandchildren; Sarah and Jules Bergeron, Emily Pelkey (Nate Robarge), Hannah Pelkey (Randy Gaspar) all of Jaffrey, Haley Shay (Jamie Martin) of Hillsborough and Nate Shay of Jaffrey. Two great grandchildren; Lola and Carter Bergeron. Close family friends, Stephen and Barbara Pelkey, as well as Mike Shay who have been there to support him and the family.

In lieu of flowers donations may be made in Bob’s name to the Jaffrey Bible Church or to Home Healthcare and Hospice Services of Keene.

To order memorial trees or send flowers to the family in memory of Robert R Korpi, please visit our flower store.