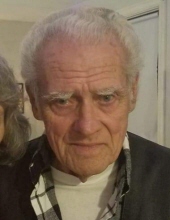 Ronald, known as “Devie” by all his friends, lived in the house his father had built in 1939. He graduated from Conant High School and had attended the Rochester Institute of Technology in New York. He worked at W.W. Cross and then D.D. Bean & Sons as a graphic artist, designing match book covers and making the plates for printing.

Ron had served in the National Guard and played the bass guitar in a local band. He loved gardening and was a wood carver. He carved faces in trees around the property; he also carved Santa’s, snowmen and ornaments that he sold at craft fairs.

At Ron’s request, there will be no calling hours. The family will arrange a private graveside ceremony at a later date.

To order memorial trees or send flowers to the family in memory of Ronald W. Devens, please visit our flower store.