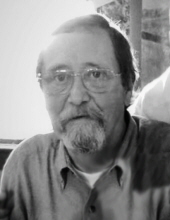 Roy was born on April 14, 1950 in Winthrop, Massachusetts to Joseph and Theresa (Gibbons) Cilibrasi. He graduated from Wakefield High School in Wakefield, Massachusetts and attended Boston State College. Roy served honorably in the United States Army during the Vietnam War.

In 1976, Roy married Debra Proudy and had three children. He worked for the United States Postal Service in Townsend, Massachusetts and was a proud member of the Postal Workers Union. Once he retired, Roy dedicated his life to the improvement of labor rights and social justice.

Family and friends are invited to join Roy's children and loved ones for a celebration of life and memorial gathering at the West Side Social Club in Wakefield, MA on Saturday, November 9, 2013 from 1pm to 5pm.

To order memorial trees or send flowers to the family in memory of Roy P. Cilibrasi, please visit our flower store.