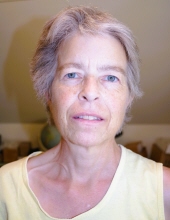 Ruth A. Webber, 63, of Jaffrey, died peacefully on Saturday, October 29, 2022, at the Pheasantwood Health and Rehabilitation Center in Peterborough, after a long and courageous battle with cancer.

Ruth was born in Peterborough on February 17, 1959, daughter of Ruth E. (Fish) Quinn and the late Albert A. Quinn. She was a 1977 graduate of Con-Val Regional High School and a lifelong resident of the Monadnock Region. She married Andrew Webber on September 9, 1989, and together made Jaffrey their home where she became active in a number of groups and events.

Ruth loved the outdoors, and always enjoyed manicuring her gardens and yards. Her love of the outdoors merged nicely with her husband’s long involvement with the Boy Scouts. She was an assistant Scoutmaster, and later a Scoutmaster with Troop 33 in Jaffrey where she will be well remembered by several Eagle Scouts. She was also very active with the Troop Committee, as well as being the Chartered Organization Representative. She also served as the Unit Commissioner for many years with both Troop 33 and Pack 33, and Pack 308 in Rindge, where she was also a Den Leader. Ruth also helped organize and coordinate various events in Canoeing and Orienteering with the Jaffrey Recreation Department.

In addition to her mother, Ruth is also survived by her husband of 33 years, Andrew L. Webber, of Jaffrey, her 3 brothers, David Quinn and his wife Betty, of Manchester, NH; James Quinn and his wife Carolyn, and Paul C. Quinn, all of Temple, and by many nieces, nephews and cousins.

Family and friends are warmly invited to Calling Hours, which will be held on Thursday, November 10, 2022 from 10:00am to 12:00 noon at the Cournoyer Funeral Home & Cremation Center, 33 River Street, (Route 202 South) in Jaffrey.

A graveside service will be held immediately following calling hours, at the Phillips-Heil Cemetery on Fitzwilliam Road in Jaffrey.

In lieu of flowers, Ruth’s family has requested that memorial contributions be made in her name to the The Society for the Protection of New Hampshire Forests, 54 Portsmouth Street, Concord, NH 03301.

To order memorial trees or send flowers to the family in memory of Ruth A. Webber, please visit our flower store.