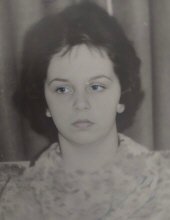 Sandra K. DeNault, 79, of Troy NH, passed away on October 5, 2022, at Cheshire Medical Center following a brief illness. Sandra was born in Decatur, Illinois on September 03, 1943, daughter to the late Jonathon and Mary Katherine (Wheeler) DeNault.

She grew up in Illinois and graduated from Lamoille Highschool later earning her degree in Radiology from Illinois Valley Community College. Sandra was an avid world traveler and spent time seeing France, Germany, Russia, New Zealand, Whales, Scotland, Australia before living in North Finchly, England. Eventually making her way back to the United States and spending 25 years in Mendota, Illinois, before finally settling in her forever home in New Hampshire. She worked as a Radiologist at Monadnock Community Hospital up to her retirement in 1993.

In Sandra’s free time, she belonged to various book clubs, was on the Harmon Town Board, as well as a member of the British Poet Society. Sandra was a self-proclaimed eclectic individual with a love of the arts including honing her knowledge as a Historian, Gemologist, Artist, and Writer. She loved to collect doll houses, and beautiful stones, with black opals being her favorite.

Sandra will be lovingly remembered by her dearest niece; Ti-Tye M. DeNault of Florala, AL, her sister, Bonnie Wunsh-Cotter of Opp, AL, her nephew, Michael F. DeNault Jr. of Opp, AL, her cousin, Shelby Livingston of Illinois, her three Great-nieces, four great-nephews, four great-great nieces, and her beloved pets; Zelda Jane and Mali Boo Kitty, as well as many friends.

In Honoring Sandra’s wishes, there will be no calling hours. Services will be privately held at the convenience of the family.

Sandra’s final resting place will be on the beautiful property at The Cathedral of The Pines, located in Rindge, NH.

To order memorial trees or send flowers to the family in memory of Sandra Kay DeNault, please visit our flower store.