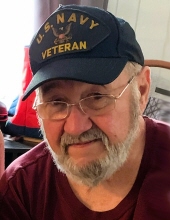 Terry A. Putnam, 74, of Troy, NH, died suddenly and unexpectedly on Friday, October 22, 2022 at the Cheshire Medical Center in Keene after being stricken at home.

Terry was born in Peterborough, NH on February 10, 1948, son of the late Frank and Grace (Crumm) Putnam. He was raised and educated in Peterborough before attending Conant High School in Jaffrey. After school, he enlisted with the US Navy and served our country honorably until an injury prevented him from continuing. Terry was a life member of the Fitzwilliam American Legion Post #38

Growing up in Peterborough, Terry had worked at Gates, Peterborough Basket Company, and at New Hampshire Ball Bearing, before founding Monadnock Metal Recycling, where he was a pioneer in the reclamation and reuse industry. With his ever-watchful eye on the markets, Terry helped many local businesses reinvest monies from their scrap metal instead of just throwing it away.

He always enjoyed games of chance and was quick with a quarter whenever a ticket needed scratching. Terry was quick to reach a fair deal with friends, and always had a quick comeback or comical meaning to abbreviations on signs.

In addition to his parents, Terry was predeceased by his son, Stephen M. Putnam on May 9, 1987. His siblings, Elaine Russick, Frank Putnam, Jr., and Steve Putnam also died earlier.

Terry is survived by his daughter, Corrinna Putnam of Jaffrey, his son, Tony Putnam, of Jaffrey, his 2 granddaughters, Brittaney Smith of Exeter, and Kayla Smith of Tewksbury, MA, his great-grandson, Levi Phillips of Exeter, NH, his 3 sisters, Susan Putnam, Wanetha Putnam and Barbara Putnam, all of New York, and by his brother, Robert Putnam of Keene, NH, and by several nieces, nephews, cousins and many close friends.

There will be no calling hours or services at this time, however a springtime gathering is being planned and an invitation will be announced when details are finalized.

To order memorial trees or send flowers to the family in memory of Terry A. Putnam, please visit our flower store.