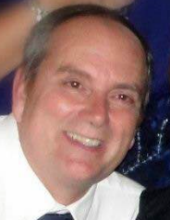 Thomas A. Lambert, 60, of Jaffrey, passed away suddenly and unexpectedly on Friday, July 20th, at the Dartmouth Hitchcock Medical Center in Lebanon, NH after being stricken at home earlier in the day.

Tom was born in Peterborough, NH on November 5th, 1957, son of the late Arthur and Laurette (Leger) Lambert. He was raised in Jaffrey and was a 1975 graduate of Conant High School.

He was a communicant of St. Patrick’s Church in Jaffrey. Tom was also a member of the John Humiston Post 11 American Legion in Jaffrey, and the Jaffrey VFW Memorial Post #5613.

Tom honorably served the country that he loved as an active duty service member for 25 years and 10 months, retiring as a Master Sergeant in the United States Army. Tom was an avid hunter and angler, and took great pride sharing his knowledge and experience with others. He was also a passionate and talented musician, even playing large scale events such as the Jaffrey Festival of Fireworks.

Tom is survived by his wife of 37 years, Catherine, of Jaffrey; his children: Brock Lambert and his wife Courtney, Bronson Lambert and his wife Brittony, and Brianne Lambert, all of Jaffrey; his sister, Bonnie Plouffe, his brother Dennis Lambert, his two grandchildren, Natalie and Mia Lambert, and his three granddogs, Brady, Bailey, and Avery, all of Jaffrey: an uncle, an aunt, many nieces, nephews, cousins, and close friends.

In lieu of flowers, memorial contributions may be made in Tom’s name to New Hampshire Fish and Game Department, 11 Hazen Drive, Concord, NH 03301. Donations can also be made by visiting https://wildlife.state.nh.us/funding/donate.html.

To order memorial trees or send flowers to the family in memory of Thomas A. Lambert, please visit our flower store.