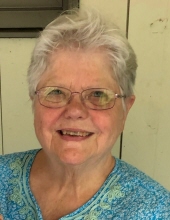 Travis (Allen) Shattuck died peacefully at her home on April 14, 2022, after a brief illness.

The daughter of William and Beryl Allen, Travis was born on October 10, 1941. Travis grew up in Rindge NH (Little Michigan). The oldest of 5 children she had many fond childhood memories of growing up on the lake with her siblings, Grammie Fitzie, and close friends.

A 1959 graduate of Conant High School, she attended the University of New Hampshire for one year and then transferred to Keene State College to complete her BS in Education in 1963. The reason for the transfer was her marriage to Daniel C. Shattuck, Jr on July 16, 1960. Travis and Dan resided in Jaffrey while she completed her studies. In 1963, they joined the Peace Corps and served in Santiago, Chile for two years working with local small farmers on agricultural practices. While in Chile, their first child Rebecca was born. After their Peace Corps service, Dan and Travis returned to Jaffrey where they made their home on Shattuck Farm where Travis resided until her death. Travis taught Spanish and then English at Conant High School for many years. She also worked for the Monadnock Ledger for several years as an editor and typesetter. In the late 1980’s she decided to change her career and worked for Rural Housing Improvement until her retirement in 2011. That career change allowed her to utilize her fluency in Spanish assisting individuals with housing needs in Massachusetts.

Retirement didn’t slow Travis down; it just facilitated more time in her flower and vegetable gardens as well as allowed her to support her community. An avid reader, Travis was a supporter of the Jaffrey Public Library. Additionally, she was dedicated to The First Church in Jaffrey, The Jaffrey Historical Society, Shelter from the Storm, delivered Meals on Wheels, and for many years sang in the Monadnock Chorus. Travis enjoyed travelling. Her time with Monadnock Chorus gave her the opportunity to travel abroad. Travis also shared many travel adventures with her sisters Betty and Ann and her friend Carol.

Travis is survived by her husband of almost 62 years, Daniel Shattuck of Jaffrey; her daughters, Becky Ford (Evan) of Berwick, ME, Jessica Shipman (Russell) of Palm City, FL, and Susan Swass (Todd) of Durham, NH, her son Adam Shattuck of Hooksett, NH, 9 Grandchildren, her sisters, Betty Drew (Shorty) of Phoenix AZ and Joanne Sawyer (Carl) Stamford TX, and many nieces and nephews, and cousins.

Travis was predeceased by her parents and by her brothers, Jock and Jonathan Allen.

To order memorial trees or send flowers to the family in memory of Travis Shattuck, please visit our flower store.