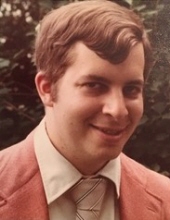 He was one of 10 children, born in Keene, on May 14, 1957, a son of David E. and Bernice E. (Swett) Clark. He was a 1975 graduate of Monadnock Regional High School, where he was the Freshman Class President. He was also very active in the student body government and was also voted “most likely to succeed”. After high school he attended Keene State College. He married the former Gloria Erickson on June 4, 1981.

He enjoyed working with his brother mowing lawns and working on cars. He loved working on complicated math problems. He enjoyed collecting bees and had hives that produced honey which the family enjoyed using.

He was a member of The Church of Jesus Christ of Latter-Day Saints where he was an elder and active in scouting through the church sponsored scout troop. In high school he enjoyed participating in the chess club.

Following the wishes of the family, there are no Calling Hours or Services to be held at this time. Burial will happen later in the family lot in Sullivan.

In lieu of flowers, memorial donations may be made, in William S. Clark’s name, to Monadnock Family Services (www.mfs.org), 64 Main St, Keene, NH 03431.

To order memorial trees or send flowers to the family in memory of William S Clark, please visit our flower store.